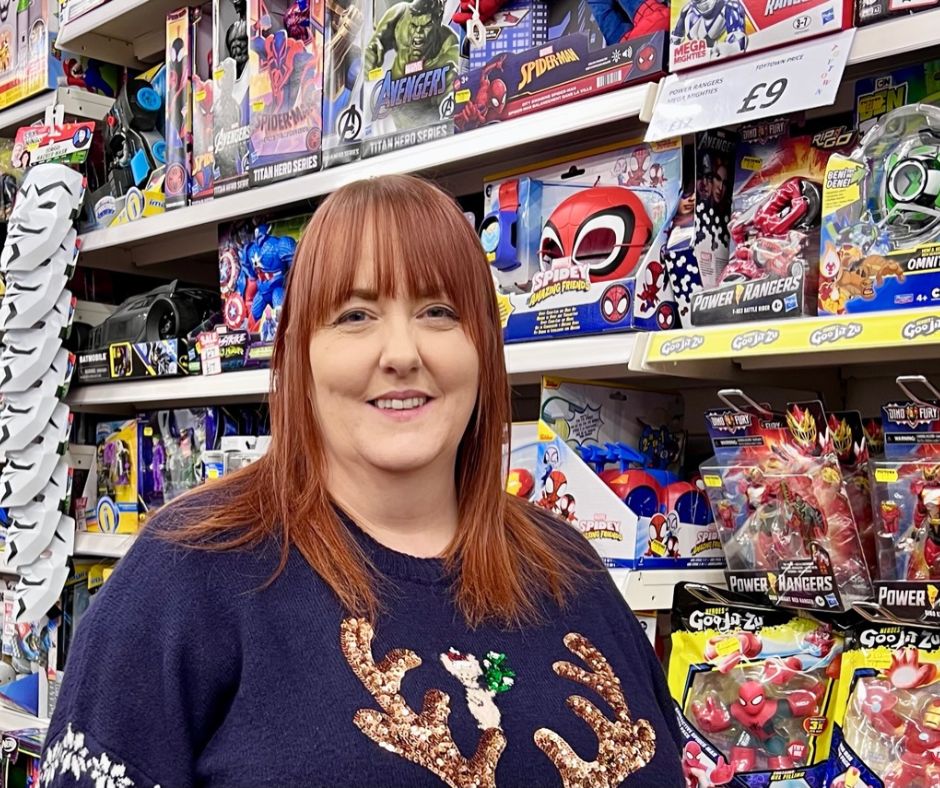 “Toytown has been in Ayr for 21 years now and we’re a part of the community. As a brand, we have 31 stores, mainly in Northern Ireland and Scotland but are still independent and family owned. We joined the Scotland Loves Local Gift Card because encouraging people to shop local is vital as we come out of the pandemic.

“Our Glasgow store is part of the Scotland Loves Local Glasgow Gift Card, and had seen lots of redemptions of the Glasgow Gift Card when they were distributed by the council, so we were hopeful that the same would happen in South Ayrshire.

“Everybody has been hit hard, and businesses are still fighting to keep going. There are lots of unique and up and coming businesses in Ayr, and if people visit the high street this Christmas rather than going online, the whole area benefits. The gift card is a way for us to bounce back as a region, so we were delighted to hear that South Ayrshire Council was using LACER funding to distribute the South Ayrshire Gift Card to low income households.

“As soon as the cards were distributed, people were phoning up and asking if they could spend the cards with us. Their first thought was making sure their children had presents for Christmas. We also let customers know that they could spend their card with us using social media. Our goal has been to make it as smooth as possible for customers to use their cards at Toytown.

“It’s a funny year this year. There isn’t one must-have toy that people want, it’s more about value. People have spent their cards on everything from Lego and LOL Dolls and craft bundles and it has been a mixed bag, with some people putting the £50 towards bigger purchases and others spending less than the £50.

“Being able to use the gift card on Christmas toys for the children means households can put other money towards fuel or food. Thanks to the gift card, children aren’t going without this Christmas.

“But it’s not just parents who are spending the cards either. It might be grandparents buying for grandchildren or giving the gift card to the child so they could choose a little something for themselves. Children have been buying fidget toys and little treats, it’s lovely to see. I think we have had a mix of both regular customers in using their South Ayrshire Gift Card, and some new customers too who maybe don’t often buy toys. The card is helping people to see what’s on offer in our region.

“The good thing about the card is that it doesn’t mark people out in any way, they’re using the same card that anyone can buy online, so people feel comfortable using it. They just hand the card over at the till, and we swipe it like a debit card.

“The more people buy and use the South Ayrshire Gift Card, and the more businesses that sign up to accept it, the bigger the scheme gets and the better it becomes for all of us. If any South Ayrshire businesses aren’t signed up, then I encourage them to check it out. It’s easy to do, doesn’t cost you anything, and if you don’t take the card you’ll have to turn people away. No-one wants to do that.”