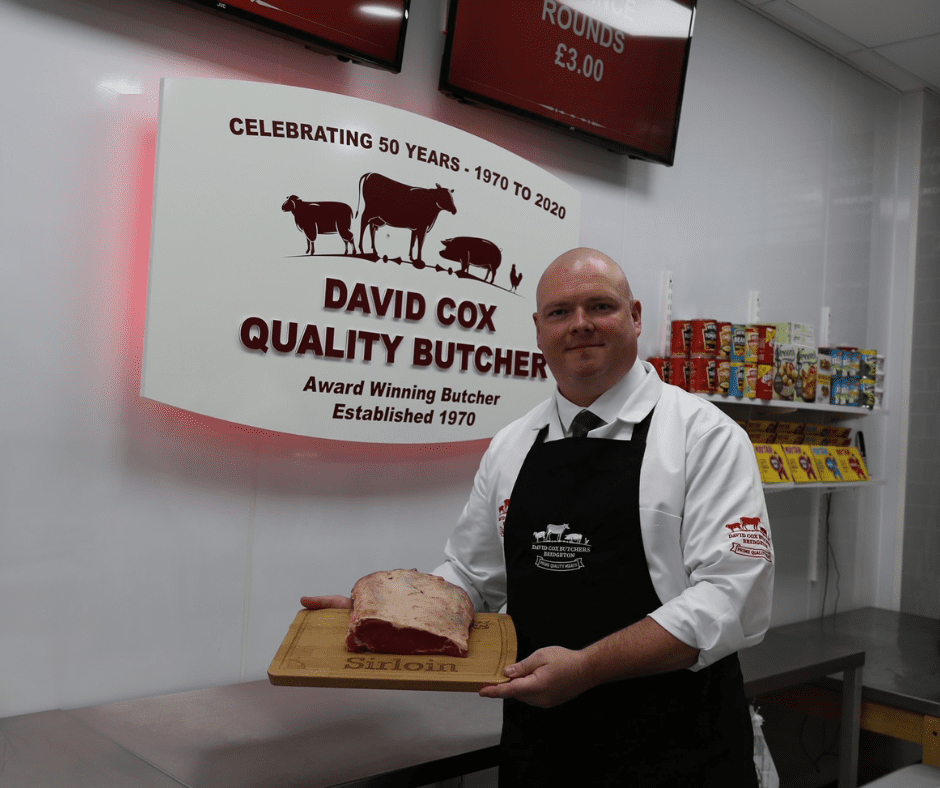 “David Cox Butchers is a third generation business that was started by my grandfather 52 years ago.  The Scotland Loves Local Gift Card is a great initiative from the Scottish Government, and the disbursement of the £105 gift cards from Glasgow City Council has been hugely beneficial for my business.

“We were told about the Scotland Loves Local Glasgow Gift Card very early on by our MP, who explained that the initiative could be beneficial for our business. We signed up to accept the card online before the distribution of the £105 gift cards was announced, and it was very easy.

“The day that the gift cards arrived in the post to residents, we were inundated. We’d posted on our Facebook account to say that we accepted the gift card, but it was mainly word of mouth and customers coming in asking if they could use the cards with us. We had the occasional customer who hadn’t activated their card before trying to use it, so it was then a case of explaining what they had to do.

“There was a lot of appreciation from customers that we accepted the Scotland Loves Local Glasgow Gift Card, and that they could use the money to buy fresh meat. We sell Super Saver packs for £29 with enough meat to last for a week or two. People would often buy one of those for themselves, and one for family members. And because we sell things like fresh steak pies, people could even use the whole amount and stock up their freezer to see them through the winter.

“We had lots of people in spending the Scotland Loves Local Glasgow Gift Card in a short time, which is fantastic. It has been very rewarding for us as a business, with people in to spend their cards every other day. We’ve been working around the clock to keep up with the demand. From a business point of view, I hope there is another cash injection for businesses through the gift card. It has been a huge boost for our business, and I know it has been a massive bonus for customers too.

“As well as regular customers using their cards with us, we also saw lots of new faces. These were people who were choosing to shop local as a direct result of the gift card. And the great thing is that we’ve seen these people back in the shop, choosing to shop local, even once their gift card has been spent. There’s a great team here in store, and they have a good relationship with customers. I think the gift card has done what it set out to do, to show people they can get really good quality products and great service when they shop local. Every business should get involved because it’s a way to help their community; it’s a no-brainer.”